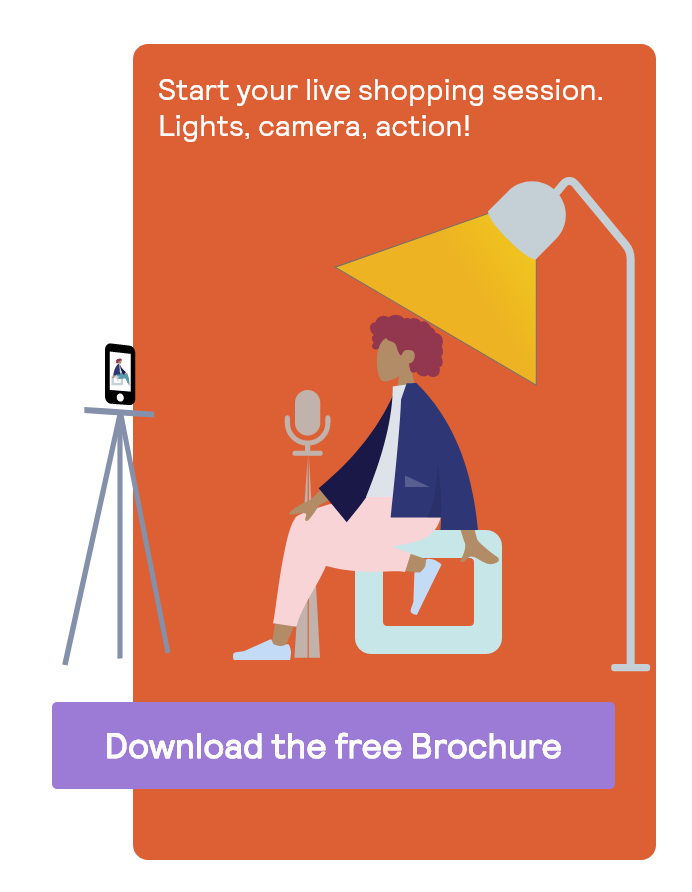 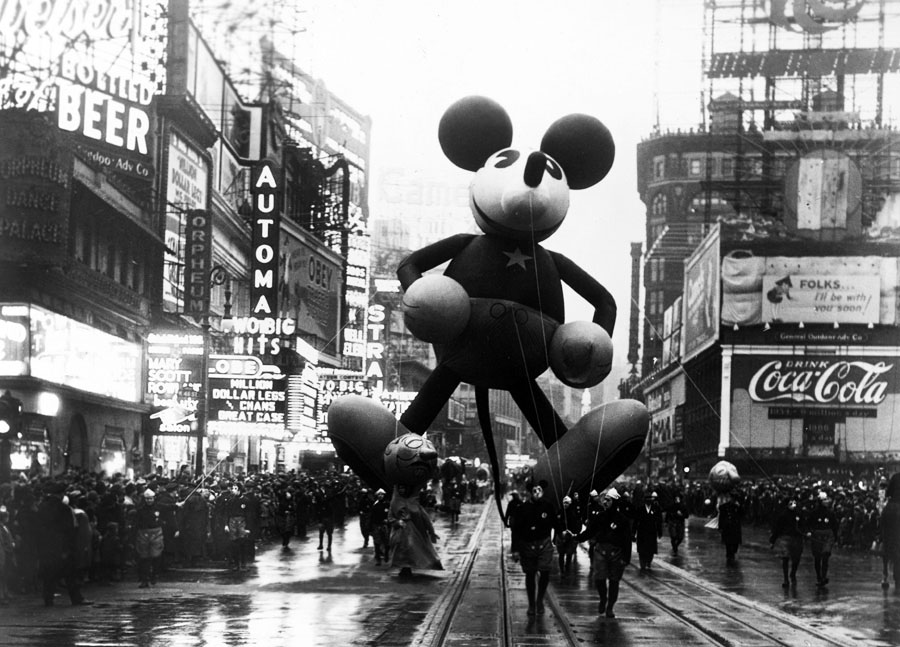 We are in the middle of the biggest change in retail in the past 80 years. While a part of this shift was caused by the Covid-19 outbreak most of it has other, deeper causes. Let’s dig in and discover why live shopping is shaping up to be such a big transformation.

But first – let’s start with the basics:

Simply put, retail is the process of selling goods and services to be used or consumed. The one thing that makes retail a special category is that the products sold are usually not going to be resold.

What made retail possible?

Selling products goes a long way back in our history, back to ancient Mesopotamia. It was done at a small scale throughout history and it took the  French revolution and a few royal heads to make mass retailing possible.

Simply put retail was made possible by a. the French revolution and b. the Industrial revolution. First one brought rights to the masses (and relieved Louis XIV of his head) and the second one made it possible to manufacture products at scale. People that were now (kind of) free to work and were (kind of ) earning enough could also manufacture products in huge factories to be sold at scale. But …

The products manufactured were not sold at scale until the roaring twenties (1920’s) when a blend of better materials, better communication channels and more spare income allowed people to buy from mom and pop stores and then department stores.

When did (big) retail start?

The biggest change in retail, the one that sparked what is called the “big” retail was the emergence of advertising as a mass media of communication combined with the rise of the large department stores in the 1940’s …

The evolution of Big Retail continued with the rise of the American Malls in the 1950s and 1960s. Fun fact: the designs that made these large shopping spaces popular are still the standard designs today. 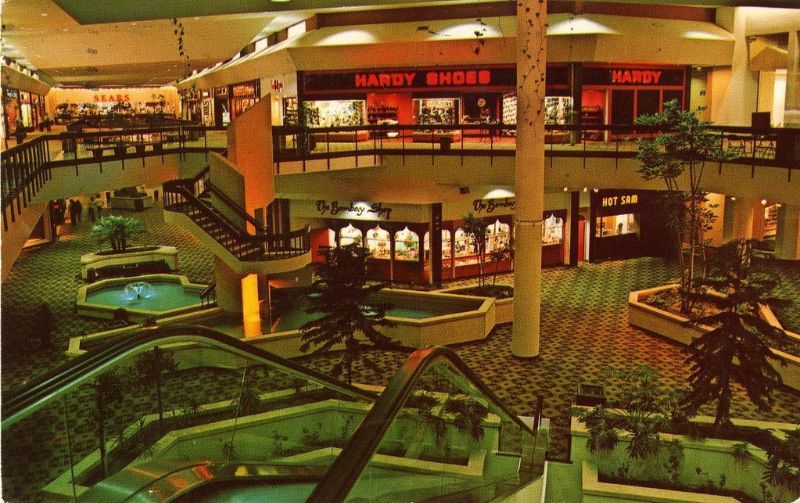 Notice just how similar mall design is to today’s malls, after more than 70 years. Source.

Both big retail and its innovations appeared in the US. This happened due to the abundance in means of production left over after WWII and the fact that the US economy was not just intact but actually thriving postwar. The US won two world wars and it showed in its standard of living.

The mall and the department stores in the 50’s became a cultural norm that made life in the US more desirable than all other countries. It helped create suburbs, distribute large numbers of products and create a thriving economy that sustained all aspects of society.

Buying in department stores or malls was both a commerce innovation as well as a social one. These stores served as distribution AND social hubs.

They grew and they grew. Stores such as Walmart expanded all over the US. Soon enough most Americans were living in the proximity of a physical store.

Then came the computer revolution, the internet and …

For a while ecommerce stores were the biggest change in retail

In the 1990’s many of the companies we now know and (sometimes) love were just beginning. These brands had a hard time developing physical outlets like their counterparts – Walmart, Macy’s or Barnes & Noble. But it didn’t matter. 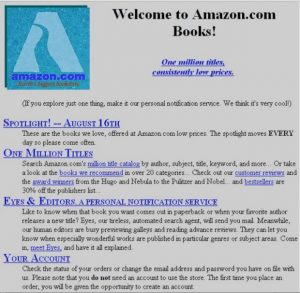 They took their business to a new medium – the web. A peculiar technology at the time, one that was not estimated to work for commerce in the long run.

But it did and it gave us the likes of Amazon. This was the biggest change in retail at that time. It took Walmart almost 11 years to set up their online store from their first proof of concept. When that was done, Amazon was already well established so it was an uphill battle from there.

For a very long time the idea of doing commerce was an either/or choice between in-store and online.

Only around 2015, mostly helped by the quick emergence of smartphones such as the iPhone, did the idea of a “multi-channel” sales started to take shape. This meant customers would receive the same offers, treatment and benefits across online and offline stores.

Why did it take so long for companies such as Walmart, Macy’s and others to adapt to digital?

Because their business worked. 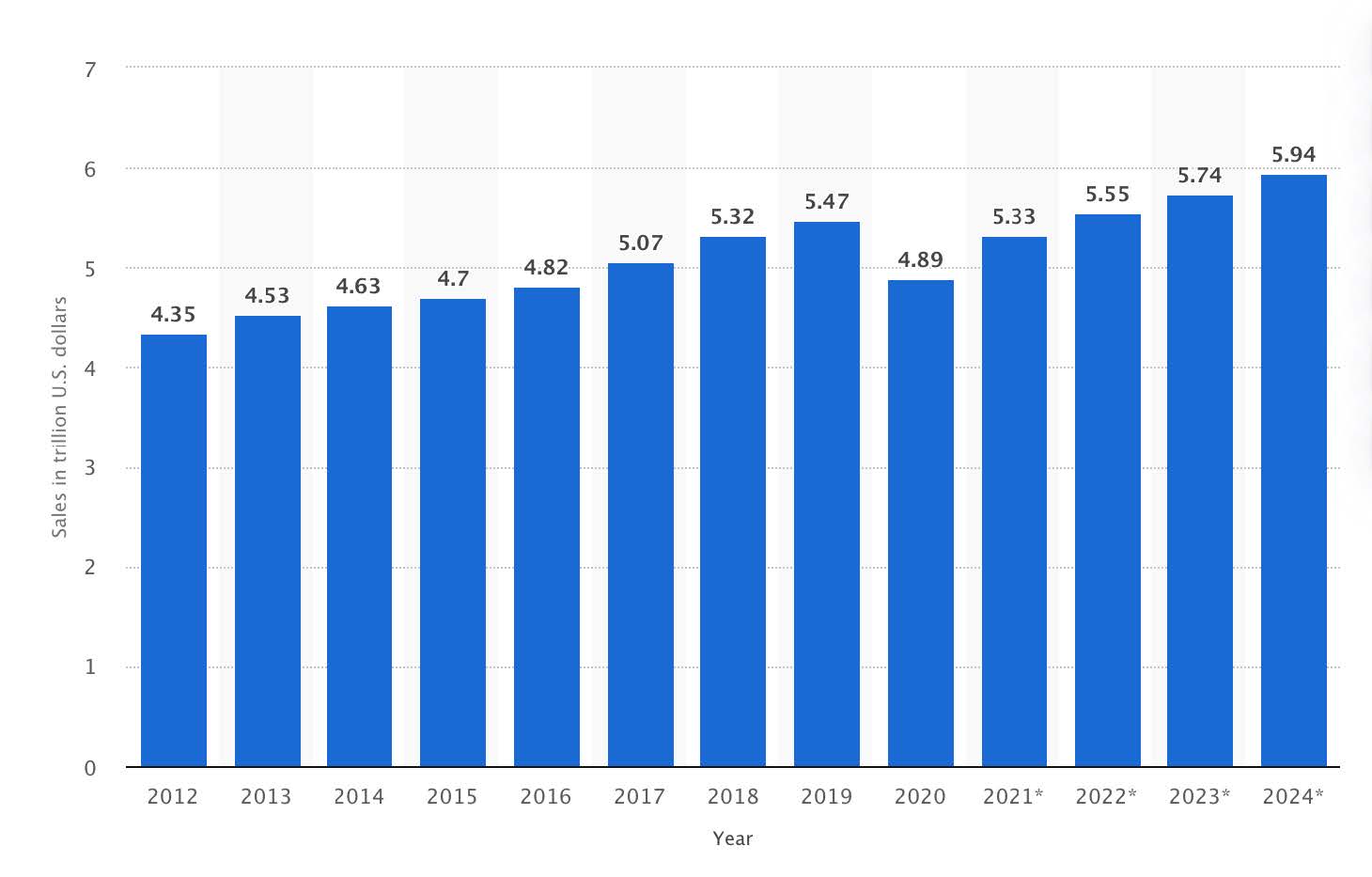 Big retail was growing at a steady pace, even with online challengers biting into the market share.

For a long time traditional retailers resisted using ecommerce as a way to connect to their audience. The reason? It didn’t quite have the same appeal as the store experience. Which by the way – hadn’t changed that much since the 1950s either. If you look at photos from that time, the store design looks pretty similar to what you would find in a store today.

So companies were resisting a shift to digital and online sales. Mostly because customers were “just not getting the same experience online”.

Truth be told – ecommerce stores haven’t changed all that much in the past 15 years in terms of user interface. Most stores still offer bi-dimensional, photos and text interfaces, you know – the wet dreams of programmers in the 1990’s. All this while the likes of Snapchat, Instagram and TikTok revolutionised the way we interact with one another. Social interactions, live video, augmented reality, fun. All these things are standard items in social media but barely present in ecommerce.

How did live shopping became the biggest change in retail in the last 80 years? 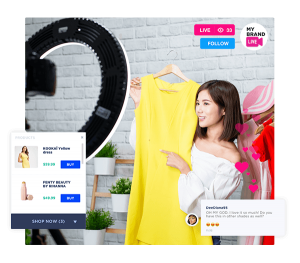 Live shopping is … live but also interactive, social and fun.

It was not until stores had to close en-masse, store associates were laid off and uncertainty started looming over brick-and-mortar retailers that they really started taking ecommerce seriously.

But how could anyone build the experience others have gathered over decades in ecommerce? In just one year?

Most couldn’t. Many opened online stores but only few put in the effort and focus into making them really successful. Most wares that are sold in store are actually profitable due to the experience the customer is enjoying. Simply put, the formula is  [price – cost + experience = profit]. This does not translate really well into a bi-dimensional ecommerce store. These stores are pretty dry – technically it’s just photos, text, prices and the checkout cart.

So a new trend appeared – a cross between the now familiar and popular live streaming and ecommerce features.

Live Shopping generated almost $240 billion in China in 2020 and is estimated to reach $1 trillion globally by 2023. If this happens, this means live shopping will be counted as the fastest growing digital channel in history.

There are several reasons that make live shopping such a wonder. Among those are:

I believe live shopping is THE biggest change in retail in the past 80 years, probably even bigger than the ecommerce was. What live shopping brings is a fresh, social experience to shopping online shopping. It’s connecting people all over the world with products from anywhere in the world.